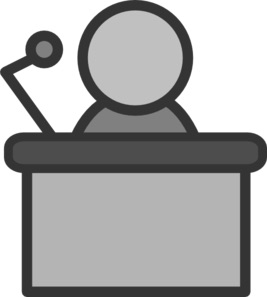 The best mechanical keyboard for typing, was the WYSE PC keyboard. It used RJ-11 connectors, and Black Cherry (linear) switches in at PC-AT style layout.  The reasons it was best (for me, that is) are as follows:

The problem is/was, that WYSE stopped making PC’s.  The were also eventually bought by Dell.  They replaced the mechanical keyboards with cheap membrane keyboards, which did not sustain the activation pressure of the original Cherry blacks, and use dampened membranes.  So from that point forward, the keyboards were quiet, but M U S H ! ! !

Cherry was also sold to a German concern, and while they have maintained their switches, the force on the blacks appears to have been reduced, to what they claim is 60cn at full travel.

In the meantime, I developed tendonitis in my arms, elbows, wrists and fingers;  I believe it is also referred to as carpal tunnel syndrome.  Using the soft keyboards became painful, and I was always inadvertently pressing keys simply  by the fact that I was wresting my fingers on top of the keycaps.

I found relief in the original Microsoft Natural keyboard.  It was a membrane for sure, but acted, felt and sounded like the WYSE Cherry Blacks.  And in combination with replacing my mice with MS Trackballs, gave me relief from tendonitis.  If you would like to learn more about how that works, search for “ergonomic keyboard” and trackball  benefits on the web.

Unfortunately, MS got out of the hardware business.  Now they ergonomic keyboards the make, except for the older Bluetooth ergo version, are M U S H ! ! !  And they stopped the trackballs.

There are trackballs alternatives, mainly the M5xx series from Logitech , which unfortunately is wireless. All right for home but not work.  Use your imagination, I cannot use any wireless products at work.  I was able to scour Amazon, and a trackball made for the Japanese market is wired via  USB.

Now begins the saga of the keyboards:

Of  course, non  of the above are ergonomic keyboards. Over time, I’ve found how to use a standard QUERTY straight keyboard, with minimal discomfort.  It requires enough deskspace so the keboard can be placed far enough away from your body, so you wrists are wresting in a straight posture;  additionally, it helps to raise the back (wrest side) of the keyboard, not the front, to again, allow your wrists and fingers a straight, non-curved line from the elbows to the the second finger joints, (closest to you) so the typing action involves a straight down hammer-action to strike the keys; again, minimal arm, elbow and wrist  involvement.

The only remaining problem is the lack of  key pressure at 60cn’s of the new Cherry Blacks.  The fact that I had to hold my finger-tips up consciously, rather than rest them on top of the keys was bad.

Not a solution, but close:

I  read some posts about an ergonomic keyboard maker called Perixx. They are a German company, manufacturing keyboards, where else, but China. I ordered my first Perixx-board, a white, non-backlit, imitation of  the MS Natural keyboard. Not bad at all for a membrane keyboard, but not quite enough pressure, or audible hollow bottom. Italso lacked a sufficiently large enough wrist wrest, but it was better than everything else I’d tried and a one third the cost.  I ordered another,  I require two keyboards at work, and they are working well. The lack of desk space means the keyboard wrest is  at the edge of the table top, so a larger wrist wrest would not help.

Since I’m also an Amazon junky, I recently  saw the Perixx Periboard 312, a white back-lit device.  I ordered one,  but let  it sit in the corner of my den a few  months while I tried some other tricks and finsihed remodeling the house.  (What dust)!!!

I finally replaced the Ajax with the 312.  I can  tell you  the back-lights, are  visible if you  are looking straight down at the keyboard. The biggest issue with the 312,  appears to be  over-runs, or is it under-runs?  I think  I type at about 60 words per  minute, but the 312 misses a lot of keystrokes, especially  from right spacebar.  Now to be honest, I just pulled the old keyboard, and replaced it with this one.  I did  not remove the Corsair, Logitech or Ajax drivers, nor did I reboot.  I  will and we will see what it effect it has on  the overruns.

But let me tell you, I am almost in Utopia;  This keyboard, feels solid, has a solid hollow bottom at the end of key travel, and enough key pressure that I  do not accidentally press any keys.  It also has a larger wrist wrest, and it comes with a rubber/silicon stick on, to raise the wrist wrest up to higher angle,there-by straightening out my wrists.  Nirvana, almost.  Now let’s see what happens when I remove the drivers of the previous devices and re-scan this one.